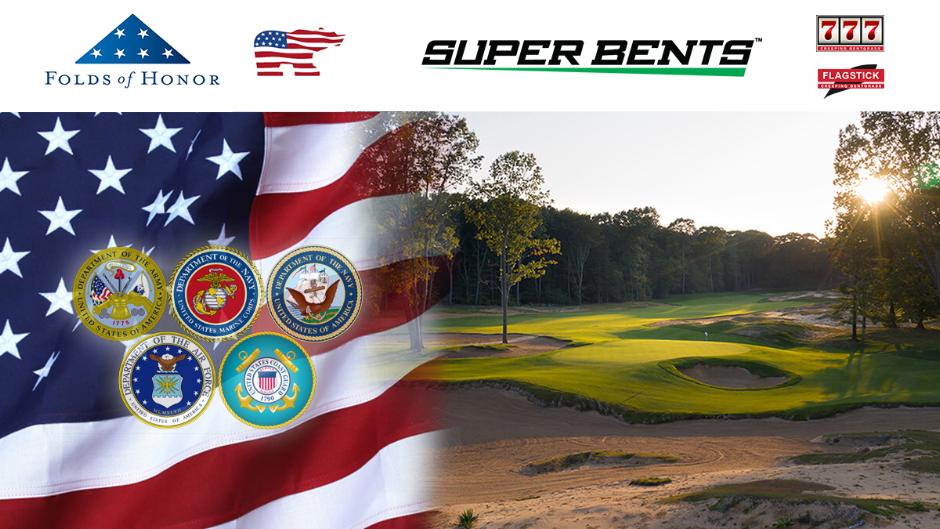 HALSEY, Ore. (May 4, 2021) – A new public course that honors American warriors and provides a gathering place for patriots who share the love of golf.

Construction of this new championship golf course, which opened May 2, started in April 2019, and included a total renovation of the course. The tight, tree-lined fairways were removed and replaced with a classic links style course that offers wide open vistas and exposed sand dunes.

DLF’s U.S. professional turf team, led by Bill Dunn, was approached about this project by Jon Scott, formerly of the Nicklaus agronomy team. The organization’s involvement was embraced by management and together, DLF and its Seed Research of Oregon (SRO) team, along with La Crosse Seed, worked to provide all the grass seed for the course at a significant discount in honor of the patriots who have served our country.

“Through the combined efforts of the SRO team, the logistical team at La Crosse Seed, and its Michigan staff, we are privileged to contribute to this wonderful project,” said Sean Chaney, DLF U.S. professional turf division vice president. “A special thanks to Jon Scott, Dr. Leah Brilman, and Mike Hills for the coordinated effort. We are proud to support American Dunes.”

SRO SUPER BENTS™ varieties were exclusively used on the course, including 777 (Triple Seven) creeping bentgrass on the greens and Flagstick creeping bentgrass on the tees and fairways. Both varieties were selected for their superior disease resistance. In addition, Tradition fine fescue mix was seeded in the out-of-play areas for improved stabilization and appearance after a late inspection by Mr. Nicklaus.

100% of American Dunes’ annual profit will be given to The Folds of Honor Foundation to assist in its mission of providing educational scholarships to spouses and children of America’s fallen and disabled service members. The Folds of Honor name comes from the creases in an American flag after it is lifted from the casket of a deceased soldier.

Everyone involved from DLF and La Crosse Seed speaks with pride about this project and the honor felt in supporting the families of the troops who have made the ultimate sacrifice for our freedom.

DLF was founded in 1906 and is the global market leader in the research, development, production, and distribution of turfgrass and forage crop seed. DLF is owned by 3,000 Danish seed growers and has subsidiaries or sales offices in 22 countries around the world.